How to Separate Moisture Meter Readings by Room or Job 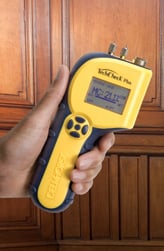 When taking moisture content readings, professionals such as restoration specialists or flooring contractors might need to be able to thoroughly track the moisture readings they take by specific rooms or jobs.

Although using moisture meters is a great start for showing that you are getting the information you need to do the job right, there’s more to separating and tracking moisture meter readings than simply using a moisture testing device.

Recording your readings and separating them by room can give restoration contractors a better idea of the distribution of moisture throughout a structure. This, in turn, can help with identifying an origin point for moisture intrusion in a structure.

For flooring contractors, this can be useful for tracking the acclimation of flooring lumber in several different jobsites.

So, how can you separate moisture meter readings by room or job?

There are two ways to do this: 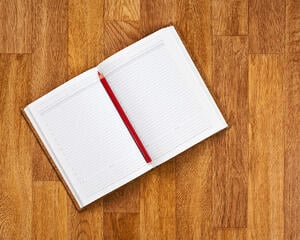 If your moisture meter lacks a built-in ability to create separated job lists for moisture meter readings, then this is the method you’ll have to use. Under this method, you keep a journal or worksheet that lists the different jobs/rooms you’ll be taking readings in, and jot down each reading as you take it under the appropriate job section.

For years, this was really the only way to do this, and it could be difficult at times. Sometimes, you may have to work in cramped or dark spaces where it’s nearly impossible to see or write comfortably.

Another issue is that some meters don’t have a “hold” function, meaning that they only display a reading value while you’re actively using them. This doesn’t leave you a hand free to write with, and forces you to keep the reading values in your head until you have a chance to jot them down.

For many contractors, the manual method of tracking readings by job is a perfectly serviceable solution, however, some newer moisture meters provide an alternative to manually tracking this information.

Some moisture testing devices now have the ability to store readings for later reference. A few of these devices can even connect to a computer to create a printable report from the meter’s memory. Even rarer are the meters that can store readings and sort them by job, such as Delmhorst’s TotalCheck 3-in-1 moisture meter.

Why is this ability handy?

For example, say you want to take readings in dark, cramped, or hard-to-see areas. As was mentioned earlier, a traditional meter without job-tracking capabilities makes it difficult to record your readings in such situations. However, a meter that stores readings would allow you to take the reading “blind” and look at the results later.

Another benefit with some meters that store readings is the ability to organize these readings into detailed reports. By doing so, you can create a record showing that not only did you take readings, but how those readings support the decisions you made throughout the job.

For example, a flooring installer could use stored readings to show that they allowed their flooring lumber to reach equilibrium moisture content with the environment they were installing in or that the subsurface was dry before the installation began. This way, if there’s a dispute later, the contractor has evidence to back up their decisions.

In this way, a moisture meter that stores readings can be like an insurance policy against claims that the job wasn’t done properly.

Overall, using the built-in data management and storage capabilities of a high-quality moisture meter makes tracking your reading data much simpler, and helps you organize reports for when you need hard data to back up your work.