As you may already know, hay is a tricky material that requires just the right amount of moisture before it is ready to move onto its next stage. Not enough moisture makes for less nutritional value where moisture overload can spoil or expand thermally, making hay more prone to combustion when stored.

Due to this fine line between having a material that’s too hazardous to store and a material that can be rendered useless due to nutrient loss, farmers must know what exactly is the best moisture content for their hay. 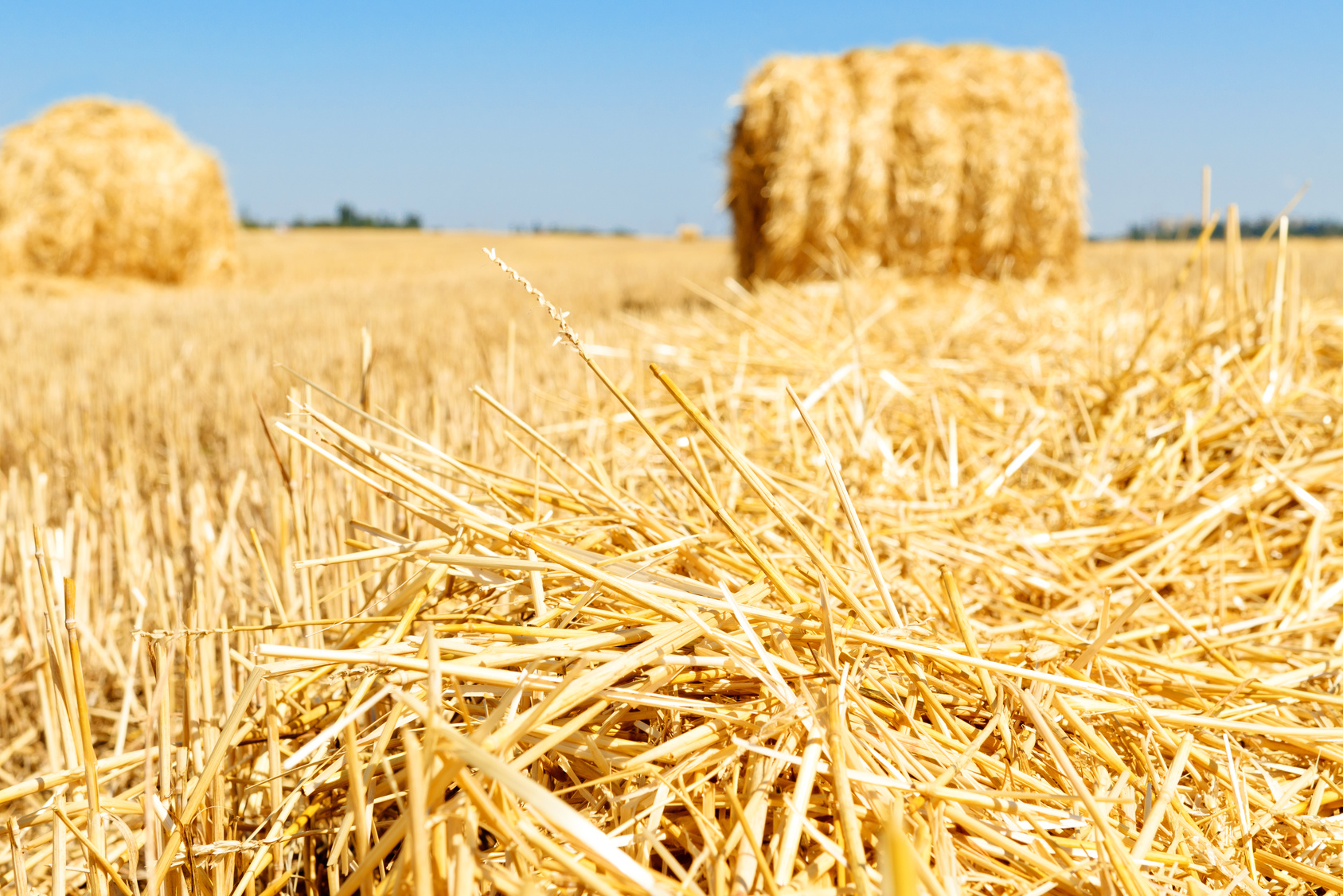 Optimal moisture content for hay bales might not necessarily be a specific point, but rather a range. This range might change from one type of bale to the next depending on their shape. For instance, due to their shape, round bales need less moisture than square ones.

As a general rule of thumb, baling hay without preservatives should be between 18 and 20%. If your hay requires a preservative, then it’s advised to check with the maker of the preservative to abide by their recommendation.

For small square bales, 18-20 percent is the ideal range as this shape has the greatest tolerance for wetness. Its shape is lighter and less densely packed, giving it more space to handle moisture.

Large square bales, on the other hand, are recommended to have a moisture content between 12 and 16 percent. The lower %MC within this range is more ideal for warmer conditions and long-term storage.

Round bales are a new shape that are being made by the latest baling machines. The general range for this shape (depending on the size, of course) is between 14 and 16 percent. This shape is mostly used by individual farmers who are trying to be more efficient in their baling.

Now knowing what to look for, the next step is how to find out the moisture content. There are three common techniques farmers and ranchers use when they want to determine a reliable moisture content reading of their hay.

The oldest method is by hand. Of course, this method should be reserved for the most experienced farmers. Plucking a sample from the hay bundle, the farmer will twist and then let go of the hay and notice its reaction. Judging by how much water comes out and the bend of the hay, the farmer will be able to estimate the moisture content. Again, it’s not recommended to attempt this method as your primary means of measuring hay moisture.

Oven drying tests are one of the more accurate methods and can be done using a variety of ovens. It entails measuring the hay’s weight, drying it for upwards of 40 minutes, determining the “dry weight” and then dividing that new weight by its original. To determine the %MC, convert that number to a percentage and subtract it from 100.

Depending on the amount of hay that you’re gathering and your deadline, it may take many tries to get an accurate moisture reading of your entire hay bale. Nonetheless, if time is on your side and you have an oven at your disposal, this serves as a great moisture measuring method.

The easiest and quickest way is to use a moisture meter. With hay moisture probes on the market, it makes it easier to test moisture as you simply have to stick it into the hay bale. Rather than having to find the optimum places within the hay to measure, the meter will allow you to take several readings within seconds — saving you ample amounts of time and effort. Delmhorst’s F-2000, for instance, can take up to 100 moisture tests and average them for you.