4 Reasons to Use a Moisture Meter for Grain

For the average person who buys grain from the supermarket or grocery store, the only time they worry about the moisture content of their grain products is when they’re trying to cook it. For example, the boiling of rice.

But, how can those who grow grain check its moisture content quickly and easily? By using a special grain moisture meter, of course.

There are a few great reasons to use a special moisture meter for grain, including:

One reason why grain producers use specialized moisture meters for grain is that getting a reliable reading of the moisture content of grain can be done much faster with a moisture meter than with traditional testing methods.

For example, the oven testing method, wherein the grain is:

While very accurate, this method is slow, and may require you to waste quite a bit of grain to get thorough results.

Using a grain moisture meter makes it possible to get reliable readings of grain’s moisture content in minutes, not hours, greatly speeding up the process.

Reason #2: To Prove Grain is the Appropriate Weight 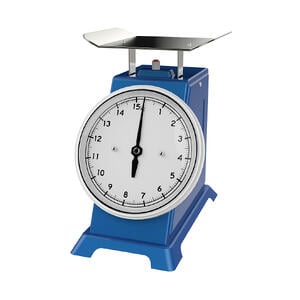 You might be wondering why a moisture meter would be necessary to prove that a sample of grain is the appropriate weight. Why not just use a scale?

To be sure, a scale is important to the process of actually weighing grain products, but a moisture measurement is necessary to prove that the weight is actually the grain, and not moisture trapped in the grain. If 100 lbs. of grain is sold with a moisture weight of 20% (which would be too high for long-term storage), 20% of the cost of the grain would be based on water weight, some of which would be lost as the grain dries out.

With a moisture meter, a buyer would know how much moisture the grain has on the spot, and can factor in weight from moisture into the purchase price.

With the oven dry test, not only does it take a long time to get moisture test results, but in order to get a sufficient sample size for a particularly large amount of grain, you’ll end up going through a lot of your grain just to get test results.

With the right grain moisture meter, however, getting moisture readings for an entire shipment of grain is as simple as attaching specialty electrodes and sticking them in the grain. For example, Delmhorst’s G-7 Grain Moisture Meter can be outfitted with a #832 long pin prod to get a reading deep in a sack of grain, then quickly removed and used to test the next sack of grain. With the ability to average 100 readings, and alerts for when a target moisture level is exceeded, you can quickly measure the moisture content of large grain shipments.

This is an advantage that is particular to Delmhorst’s moisture meters. As was mentioned above, the G-7 meter can take optional probes to test for moisture deep in a pile or sack of grain. However, this isn’t the only optional probe that the G-7 can use.

As with any Delmhorst moisture meter, the G-7’s optional probe slot is a “universal” design, able to fit any of Delmhorst’s optional probe attachments, including those meant for hay. With the ability to test not only grain, but other important farm products such as hay or cotton, this particular grain moisture meter is useful for more than one task.