How to Perfect Your Hay Moisture Testing with FX-2000 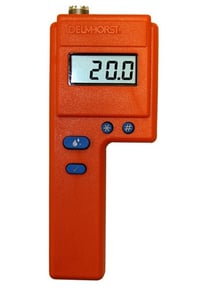 
For example, when testing in the windrow, you will likely only be testing a few small, handheld samples of hay from each row to make sure that it is in the right moisture content range for harvesting. During baling, on the other hand, it is neither safe nor practical to try and reach into the baler to test hay moisture while it’s being baled with a handheld device—so a special baler-mounted hay moisture meter is typically used here. Finally, testing the moisture content of hay in a bale requires special, extended-length probes to get deep in the bale so you can assess moisture that superficial checks would miss.

Because of the differences in hay moisture testing at each step of the process from the pre-harvest check, to the in-baler check, to the post-baling test done prior to storage or shipping, it may seem like farmers would need three different specialized hay moisture meters to thoroughly check the moisture content of hay. However, there is a device that can check the moisture content of hay at every stage of the harvest process with ease: the FX-2000 moisture meter for hay.

Testing Hay Moisture in the Windrow 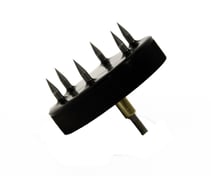 The FX-2000 hay moisture meter is designed with a “universal probe socket” that can take any Delmhorst moisture meter electrode. When used with the 831 short pin prod electrode, the FX-2000 can easily test clumps of hay directly in the windrow.

With six pin tips to measure the electrical resistance of hay, the 831 short pin probe makes it easy to perform reliable hay moisture testing in loose hay. Also, while in portable mode, the FX-2000 moisture meter for hay can provide an average of up to 100 readings so you can compare your current moisture test to the average and see if there’s an anomaly.

Testing Hay Moisture in the Baler

Normally, if you wanted to keep an eye on the overall level of moisture in your hay during the baling process, you would have to:

This interrupts your baling process periodically, but is necessary to ensure that you aren’t baling hay that is too wet to be safe or too dry to preserve its nutritive value.

However, there is a way to actively monitor the moisture content of hay while it’s being baled. The FX-2000 hay moisture meter can be connected to a set of specialized moisture meter electrodes that are mounted in the baler, but have a cable that runs into the cab of the tractor pulling the baler unit—such as the 1986 bale sensor.

The sensor rests in the bale chamber where it can actively monitor the moisture of hay as it is being baled. Once the FX-2000 is plugged in, it can take up to two readings per second in this continuous mode. Also, it can connect to a tractor’s power supply, so you don’t have to worry about running out of batteries partway through baling your fields.

This is an enormous advantage because you will know exactly how much moisture there is in your hay as you’re baling it without having to stop every few rows. This save time and effort. Plus, the instant you come across hay that is too wet, you’ll know so you can stop baling and let your hay dry out a bit more before continuing.

Testing Hay Moisture in the Bale 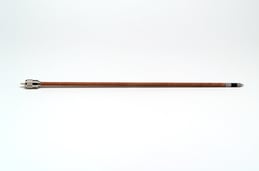 Even without having to stop every few yards to manually test hay moisture, baling hay can take a long time. As completed bales sit out in the open air, they can be exposed to sunlight or rainfall that gradually alters their moisture content. Testing hay moisture in a bale is especially important before trying to store it because hay bales that are too wet may actually catch fire and cause dust explosions in the silo or barn.

However, the short pins on the top of most hay moisture meters simply aren’t able to get to the center of the bale where the majority of the moisture that you need to worry about will be. The FX-2000 hay moisture meter overcomes this issue by using a specially-made moisture meter electrode for baled hay such as the 1235 10” prod.

The 10” prod is able to get close to the center of a hay bale to test for moisture content where it matters most—helping agricultural specialists make more informed decisions about whether or not their hay is ready for long-term storage.