Like most other plants, fresh hay has a high moisture content. Allowing that hay to dry sufficiently before baling and then continuing to monitor moisture is essential both to protect the hay and as a safety precaution.

Hay producers bale at all hours of the day or night, mostly to catch the right %MC and to work with the weather. While we acknowledge that it’s not always possible, for best results, hay should be cut in the afternoon. The rationale behind afternoon cutting relates not to drying, but to forage quality: hay cut in the afternoon has a higher sugar content than hay cut in the morning. But that’s only the first step toward maximizing quality.

Hay that is baled with too much moisture is at risk for degradation and even combustion. However, moisture levels that are too low can be equally destructive. Thus continuous hay moisture level monitoring is critical to proper baling and storage.

When the hay is cut, it should be laid on dry ground or stubble to prevent moisture from the earth from seeping into the windrow.

The windrow must be allowed to dry adequately before baling, to avoid diminishment in quality or even complete loss. Using a hay moisture meter to monitor the drying process will allow a farmer to bale at the right moment, when the hay is neither too moist nor too dry for optimal storage. The feel of certain types of hay may be deceptive; touch is no substitute for precise hay moisture level monitoring. 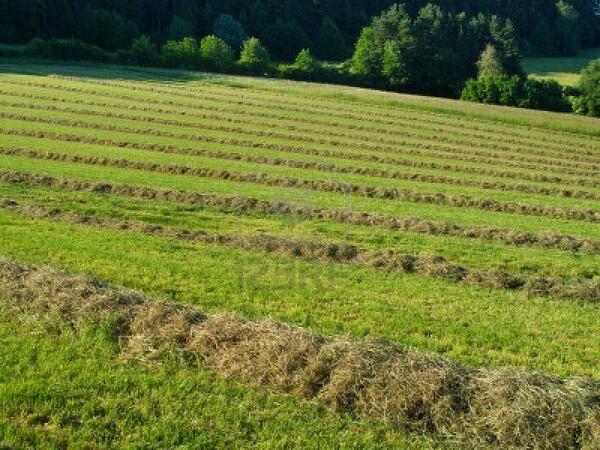 For testing prior to baling, hay should be removed from the windrow and placed in a 5-10 gallon bucket. To obtain accurate results with a multi-pin prod, hay should be packed tightly into the bucket before the hay moisture meter is inserted. And, multiple tests should be conducted, stirring and repacking the hay in between.

Hay from the windrow may also be tested by removing several large, slow-drying stems and placing them one at a time across two adjacent points on a multi-pin meter. This test will typically yield readings a few points higher than actual moisture content.

Optimal moisture content for baling is about 18-20% without a preservative. When a preservative is employed, instructions will be provided.

Moisture content doesn't remain static after baling. Ongoing moisture level monitoring is required to protect the quality of the hay and to protect against the risk of fire. Once again, a hay moisture meter is the most reliable way to preserve hay quality. 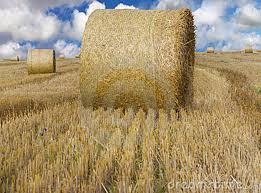 Look for a moisture meter with attachments that will allow testing at each stage. For baled hay, long probes that allow penetration into the bale of hay work best, since moisture content is not consistent throughout a bale. Obtaining reliable results requires taking multiple readings from different areas of the bale and then averaging.

The Value of a Hay Moisture Meter

If moisture content is too high when hay is baled or rises after baling, the value of the hay can be comprised or completely destroyed. In a worst case scenario, too-moist hay may combust, spreading fire and destroying more than the hay. A good moisture meter is the farmer’s best tool for maintaining the integrity of his hay and preserving its quality and value.